Increase the day-to-day battery life of an Android smartphone

It is no doubt that Android is an extremely powerful and customizable operating system. But with all its glory, there are some shortcomings too. And the biggest of the lot is the ever living battery issue. Android phones are getting powerful day by day, and with immense power comes people complaining about their batteries getting hot and discharging on a drastic rate. Is this issue incurable? It is not, the issue can be overcame by taking certain precautionary measurements, and to be very honest, they’re not really hard to do. Follow the guide to preserve your Android device’s battery.

Make sure your phone stays at a cool temperature.

People often overlook the heating up of their device, and though it’s not a commonly known fact, the battery on your device will start draining much faster if your phone gets hot. If the phone temperature reaches 95 degrees and/or above, the battery will start draining on a much faster rate. However, this issue isn’t critical, but it can still frustrate those who’re looking for a longer battery time. Make sure you keep your phone in a moderate temperature, and don’t use it much during charging. Also, if you’re one of the people who like to use your phone as a gaming device, make sure you give it a rest after every 30 minutes.

Keep the screen brightness on auto-detect

Obvious, however, it’s still worth writing about. The screen of your Android can be the biggest reason of the massive drain, so, it’s always advised to keep the brightness set to auto to avoid the unnecessary drainage. Every Android phone has a built in brightness adjuster that allows you to adjust the brightness accordingly. You can turn on the auto brightness during the normal usage and turn it off when your phone is on charge.

Reduce the screen time out.

Some Android phones have the ability to dim the display after the certain amount of time, while others completely turn off the screen. Reducing the scree time out can also help in increasing the battery since it won’t let the screen stay on for unnecessary amount of time. Let’s say you send a text and you place the phone in your pocket without locking it, the screen will turn itself off after the set period of time, short period means faster turn off, resulting in a better battery life. Though, some high-end phones like Galaxy S3 and above have a feature called ‘Smart say’ it won’t turn off the display as long as the phone detects the user looking at it. It proves to be of great use since the screen will turn off as soon as you stop looking at it, possibly eliminating the need to tinker with screen time out. 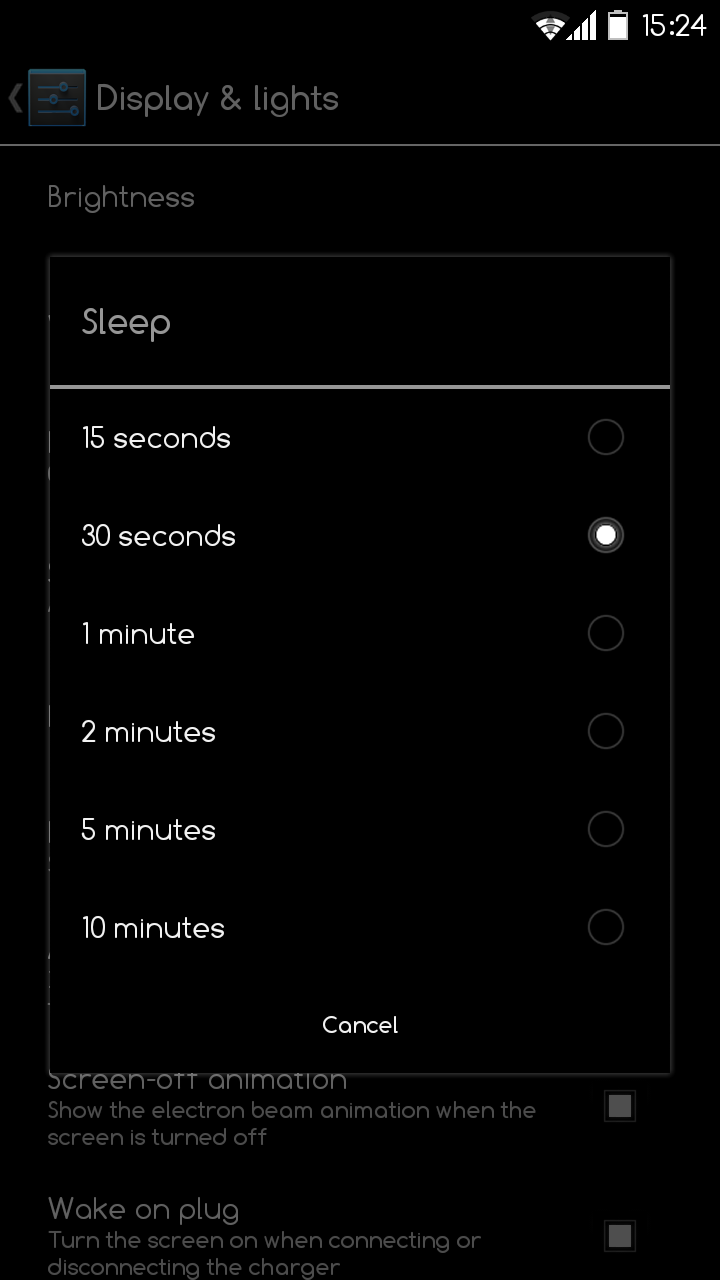 Utilize the power saving mode as much as you can.

Most of the major smart phones are pre-loaded with a feature called ‘Power saving mode’ turning it on can help you get the longest out of your battery. What the feature actually does is tune the CPU to a lower frequency, lower the brightness and turn off some of the basic features, such as haptic feedback, WiFi and even Bluetooth. However, turning the power saving feature on will probably slow down your device, hindering the smooth experience people are used to. So if you don’t want that too happen, make sure not to keep it on all the time, users who aren’t concerned about hindered performance can keep the feature on as long as they want.

Many of you may not no but keeping the phone constantly on vibration can cause a huge battery drain. It does seem appealing to keep the phone’s ringer off, but the results are not always very pleasing. So make sure to either turn off the vibration or lower it to the level where you can feel it in your pocket, or a bag.

Turn off WiFi, Bluetooth and GPS.

Every Android device is filled with these 3 basic radios (WiFi, Bluetooth and GPS) and each of these will effect your battery, so it’s always advised to turn them off when not in use. If you don’t use the Bluetooth headset, or pair you device with other phones too often, then you should keep the Bluetooth turned off for as long as possible. Similarly, if you’re not using the GPS feature to navigate your way through the city, you should be turning it off since it constantly tries to connect and determine your location. For your convenience, you can have the access to these toggles just by dropping down the notification bar.

Turn off the haptic feedback.

A lot of Android phones have a feature known as ‘Haptic feedback’ this means that whenever you press a touch sensitive key on your phone or simply type a message, the pressed key will leave a small vibration. It may help people type more accurately, but it comes for a cost. And if you’re a profound texter, then you are advised to turn the haptic feedback off.

Reboot your device once in a while.

Your Android phone is a lot like your computer, and just like computers, there are always a lot of background processes running and they will take a hit on your battery, it can also reduce the overall health of your battery, it is advised to reboot your phone once in a while, contrary to popular belief, it won’t harm your battery.

Change the phone battery after an interval.

It is pretty obvious that batteries aren’t made to long a whole lifetime, they start ageing and then they give up. It is advised to keep changing your battery whenever you feel like it’s getting worst, normally a battery gives up after a year of usage, though some give up pretty soon. So always keep the idea of changing the battery in loop.

Android is vast when it comes to applications, there are all sorts of applications for you to use. It is advised to use a good a good battery saving app, to help you keep the battery healthy. DS Battery Saver and Battery Doctor are among the top picks for battery. While DS Battery Saver can complicate rookies, Battery Doctor is pretty easy to use, both come with some presets and you can even customize them according to your liking, Over that, you can also use the ‘Tune CPU‘ feature to lower the clock speeds, however, to do so, you’ll need to make sure your phone is rooted.

That is it, folks. Here’s to hoping these tips prove to be useful for you and help you making the battery of your device last longer.

This is a guest post by ( http://www.lostintechnology.com ). LostInTechnology is a blog focused on the latest tips, tricks and hacks for all things related to technology and how it can make your lives easier.

Here you will find the articles/news written by the staff of AndroGuru.com. If you would like to contact us then email us at support@androguru.com
@AndroGuru

Samsung has released the list of devices receiving One UI 2.1 update

South Korean cell phone brand Samsung is going to deliver One UI 2.5 update for a portion of its cell phones. The cell phone will accompa....

This site uses Akismet to reduce spam. Learn how your comment data is processed.

News in your Inbox !

Any cookies that may not be particularly necessary for the website to function and is used specifically to collect user personal data via analytics, ads, other embedded contents are termed as non-necessary cookies. It is mandatory to procure user consent prior to running these cookies on your website.